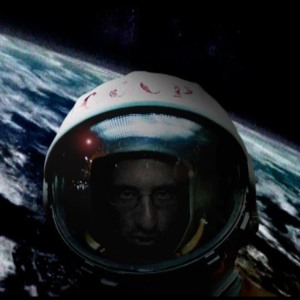 So, after quite a lot of work, and hours and hours of rendering, I’ve finally finished my first music video, for a remix I did for a Croatian rapper. I’ve been wanting to try a video for a while now but as most stuff I do is collaborating online, I never get the chance to film anyone. As Ivan is based in Zagreb, I grabbed him passing through Split so we could film the head shots – the background stuff is from a Nat Geo documentary (sssshhhhh, don’t tell them). And the spacesuit is a stock image I bought from a Russian museum. So all in all, the video cost a whopping $10! How’s that for a blockbuster.